What do you do if you're a jazz festival and the virus block all your possible events? 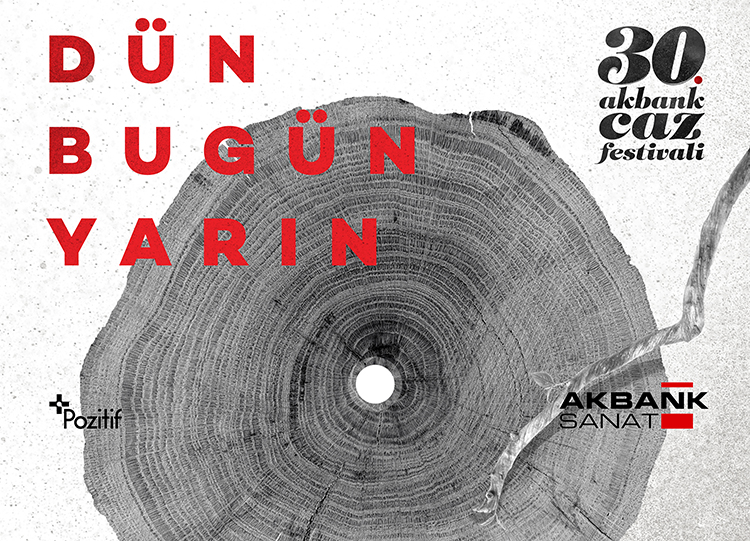 What do you do if you're a jazz festival and the virus block all your possible events? Pozitif, the organization behind the Akbank Jazz Festival, has always being a master practitioner of creative, improvisational promotion. Creating its own spaces where there were none, changing with the times, creating alliances with like-minded artists and media outlets, building an audience with events outside concert halls: these practices kept the festival going while in troubled waters before, and Bosphorus can be pretty stormy. In a time of reflection and stock-taking Pozitif and Akbank decided to stop, think and look around: instead of inviting the local audience to enjoy live concerts around Istanbul they offered to the world a bird's eye look over the jazz scene of the city and in Turkey, a scene after all that they largely inspired.

The youngest of the musicians included in the album indeed grew up in an environment where the Akbank Jazz Festival was a cultural institution taken for granted, especially its influential Jazz on Campus events, whose impact cannot be overestimated. It was naturally not always like this: it took a lot of dreaming, scheming, planning and hard work for the Pozitif founders, Memo Ahmet and Cem, to establish it at the beginning thanks to the key support of Akbank, that never ceased afterwards. A story as far as I know unique, and in a way ground breaking for the whole of Europe where public support for jazz is dwindling: a major jazz event that developed without the support of any political power, and in fact sometimes against covert hostility or open competition.

Climbing these six floors, from side A to side F, through the 30 steps provided in the shape of well-chosen tracks by the producers we get the chance to admire the “jazz situation of the city” from the vantage position of a Galata tower of jazz, allowing you to see from the crowded Beyoğlu clubs to the hip cafés in Moda, from the spacious concert halls in Elmadağ to the Conservatory classrooms in Kadikoy, as well as points beyond. All pieces are short and sweet, the climb is easy and fun, the view rewarding. Hadi!

The box also offers a cross section of Turkish jazz history: an unissued composition by maestro Tuna Ötenel is indeed an event. The youngest at the time, Ötenel is the only survivor of the three musicians that recorded the seminal Jazz Semai album in 1978, with Erol Pekcan, himself one of the original facilitators of the Akbank Festival, and Kudret Oztoprak. Re-enacting the one-man band 1941 efforts by Sidney Bechet, Tuna holds a conversation with himself, playing all the instruments in this transporting, colorful blues, recorded in 1982 but never published until today! The rest of the tracks are of more recent vintage, especially recorded for this project mostly in the pandemic 2020 summer. Master percussionist Okay Temiz was the first Turkish jazz musician we discovered in the West thanks first to his stellar collaborations, including Don Cherry, Johnny Dyani and Mongezi Feza, and later to his own bands. His unique sound world, a veritable exploration of acoustic and electronic music, is enriched by the explosive sax of Çağdaş Oruç and the delicate guitar of Miraç Yavuz. Focusing on pianos, the freewheeling, powerful piano of Ali Perret and the acoustic meditation of Aydın Esen celebrate two complementary approaches, while the swinging lines and block chords by Kerem Görsev glide easily on the relaxed groove provided by his trusted team of Ferit Odman on drums and Volkan Hürsever on bass.

İmer Demirer is still unfortunately the best kept secret of Turkish jazz, and listening to his duo with young brilliant pianist Can Çankaya one does wonder why he hasn't a bigger fame worldwide. A lovely, quirky and funky dedication in memory' of Pozitif's Mehmet, a comet in our lifes - “Po-Met”. And again a dedication to Mehmet is Önder Focan's fluid imagination and groovy guitar line in a classic organ trio configuration, with Kaan Bıyıkoğlu swinging the keyboard and Ekin Cengizkan's propelling on drums. Dipping in the deep tradition of Turkish guitar playing, what about the all guitar trio led by Kamil Özler with colleagues Cem Nasuhoğlu and Kamil Yılmaz. A lilting melody volleys back and forth while the musicians switch roles, in a kaleidoscope of sounds.

Neşet Ruacan is an acknowledged master of jazz guitar in Turkey, and in “Siyah Güvercin” we can assist in a meeting across generations, with the gorgeous song rearranged by bassist and bandleader Ozan Musluoğlu for a quartet with trombonist Bulut Gülen, drummer Nedim Ruacan and pianist Eylül Ergül. The welcome appearance of a woman at the piano is the chance to remember that as in many other jazz scenes, ladies left their mark at first mostly as singers. In modern Turkish jazz, none more than Sibel Köse. Her perfectly honed, shaded vocal timbre sings here a song of hope, her lyrics on a spiritual-like theme by the bassist everyone wants to play with, Kağan Yıldız. Kürşad Deniz on piano and Engin Recepoğulları on saxophone add what's needed to complete the picture and lift our spirits. Coming from left-field into jazz after studying classical piano and creating the seminal, original and much loved band Mozaik of the 80s is Ayşe Tütüncü, who I have to admit has a special place in my heart having listened to her as my first jazz concert in Istanbul – and she impressed me since then with her fresh, unique approach to musical genres, like her oblique references to tango and blues here. That's also when I heard for the first time Oğuz Büyükberber, now a recognized international master of contemporary bass clarinet with a wide experience in all things clarinet in Turkey: here you can hear a flight of his imagination in dialogue with an electronic choir. While it might surprise the orientalist mind, experimental music in Turkey has a long and established tradition in the past century, and Umut Çağlar's Konstrukt has became one of the most appreciated band in the European improvised music circuit thanks to dedication, hard work, and passion. Here you can understand why.

Lahza, the unusual duo band of  guitarist Cenk Erdoğan with drummer Mehmet İkiz, paints trough the palette of the fretless guitar a sound portrait of a walk in Istiklal Caddesi and its exciting vibe, driving rhythms and meditative pauses. Melodic, sensitive Baki Duyarlar is very much in demand for all kinds of music but he prefers to play his own original compositions like the reflective, quietly engaging “Every Sunday” here: after the hustle and bustle of the week, lazy Istanbul Sundays are dedicated to friends and brunches. Istanbul cats always impress visitors, and pianist Nilüfer Verdi, militant for the rights of all sentient beings, leads her young and bright trio in a bluesy tribute to the furry friends.

The bands of saxophonist İlhan Erşahin, commuting between Istanbul and New York, have been welcomed by audiences worldwide; his Istanbul Sessions features telepathic communication among the members and an unique balance between lovely melodies, wild improvisations and a powerful rhythmic drive provided by the electric bass of Alp Ersönmez, the drums of Turgut Alp Bekoğlu and the percussions of İzzet Kızıl. Alp pops up again in MOE with Sarp Maden on guitar and Volkan Öktem on drums. The tune, composed in a very interesting way – sort of backwards, let's say – emphasizes the creative interplay between the tight rhythm section and the freewheeling, space-opening guitar solo. Totally different and equally creative the atmosphere of the acoustic trio TÖZ (substance, in Turkish), and indeed this is a no-frills, dramatic composition by drummer Cem Aksel elaborated with brilliant colleagues pianist Ercüment Orkut and saxophonist Tamer Temel.

I've never heard guitarist Cem Tuncer and double bassist Volkan Hürsever play as a string-only duo, but their “Seven Stitches Blues”, despite celebrating an accident, is a real pleasure. The beautiful story told by Timuçin Şahin of a concert in Izmir promoted by Akbank Jazz Festival that sent him to his explorations in Holland and back to Istanbul is mirrored in the quicksilver of his two-necks guitar solo music. Pianist Burak Bedikyan brings his own humorous story - everyone has a tale about Akbank Jazz festival's concerts - together with his uplifting architectural sound.

The original, flowing piano style of Selen Gülün keeps the listener alert for her quick changes and detours, as there's never anything banal in her subtle variations: here again the piece is a dedication to an event related to the Festival, her important Answers album, released by Doublemoon.

Songs – texts set to music, melody of the words – are an important part of Turkish culture, and came to symbolize periods in its history.

The rather confusing fact that there are two tracks titled “Muamma” (Enigma) stems probably from the puzzling times we're going through. The song by Jülide Özçelik arranged here by Cem Tuncer allows the listener to enjoy the subtle play of words, texture and melody, in a slightly nostalgic tango mode, commenting today's feelings: “Enigmas are the sole certainty/listen to the voice of your heart”. The beautiful trumpet solo is by Şenova Ülker. The other “Muamma” is by vocalist Çağıl Kaya, a magnetic performer live, here with a new trio including guitarist Eylül Biçer and drummer Mehmet Ali Şimayli, with an intensely felt sound-text, electronically expanding in a choir.

Elif Çağlar's richly hued voice reminds us that the years go by, supported by a whole orchestra created by the keyboard of Çağrı Sertel, who repeats his feat for his own summery, dreamy tune “Ayka”; likewise vocalist Deniz Taşar, with wind arrangement by keyboardist Adem Gülşen, sends a thank you card to the festival developing it into a exciting blend of voice with brasses and then in a rap. And funky rap is also the inspiration for “Her Şey Mükemmel”, the sarcastic comment by trumpeter and vocalist Barış Demirel.

The compilation closes with a look to an wider horizon, a band with a Bulgarian name playing a piece with a Greek title: drummer Ediz Hafızoğlu's group Nazdrave gives us a glimpse of hope for post-virus celebrations (“Panayır”)with its supple rhythm and engaging solos by trumpet player Barış Doğukan Yazici and saxophonists Serhan Erkol and Çağdaş Oruç.

Many of the tracks were especially recorded at the Hayyam Stüdyo, mixed and mastered by the team of Cem Büyükuzun and Sinan Sakızlı. I feel they gave a major contribution to the success of the project and must be mentioned here.

Every photograph leaves something out of its frame, and there are a few names that I feel are missing there, to be frank (Erkan Oğur, or Orient Expressions' Cem Yıldız, for example) but consider the general situation, the difficulties in production, and the quality of the whole, these are minor quibbles, since there's so much to enjoy here. 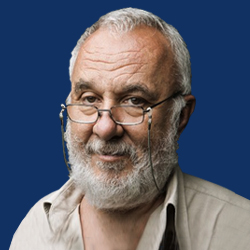 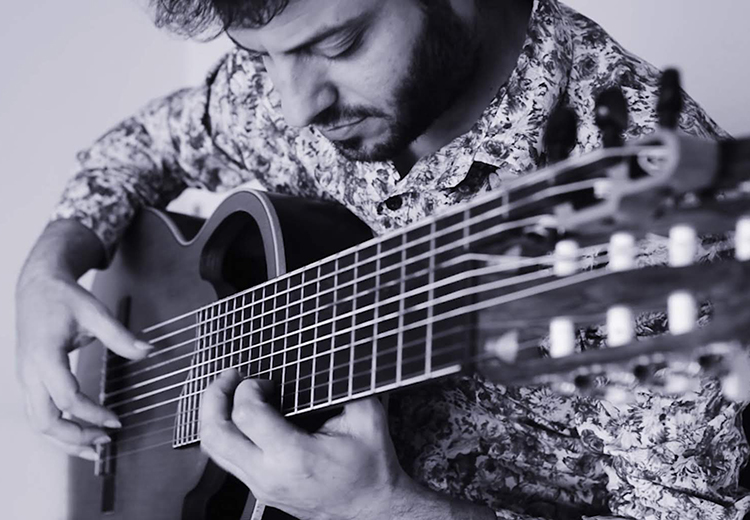 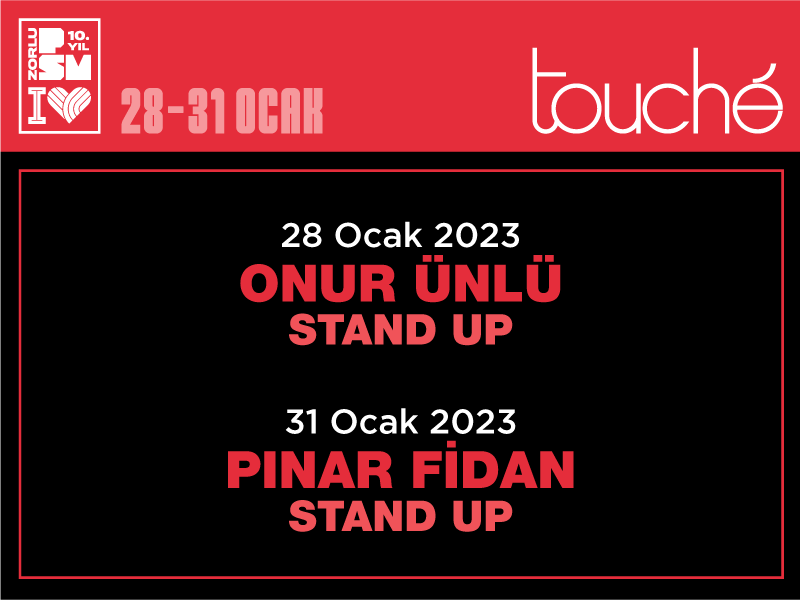