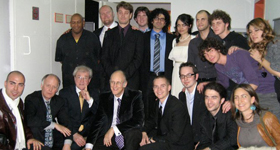 This article was originally written in Turkish and published in the January – February – March 2011 issue of the quarterly Turkish jazz magazine, Jazz (Ocak-Şubat-Mart 2011,Vol.61/01, p.87, Boyut Publishing House, İstanbul). The article has been translated to English by Merve Erdal.

Hacettepe University State Conservatory Jazz Festival took place on November 22 – 27, 2010 in Ankara, Turkey. During the festival, participating guest musicians conducted highly engaging workshops in which they shared their knowledge and experiences with musicians & jazz lovers of all ages and backgrounds. Among the attendants were the students of the newly established jazz program at the Conservatory, students from the other departments of the Conservatory and other Arts programs in Ankara, as well as the professional music community and jazz enthusiasts. The week-long activities were concluded with two crowning concerts that took place on November 26 & 27, in Hacettepe University M Hall and Cer Modern Art Museum & Gallery Concert Hall, respectively. 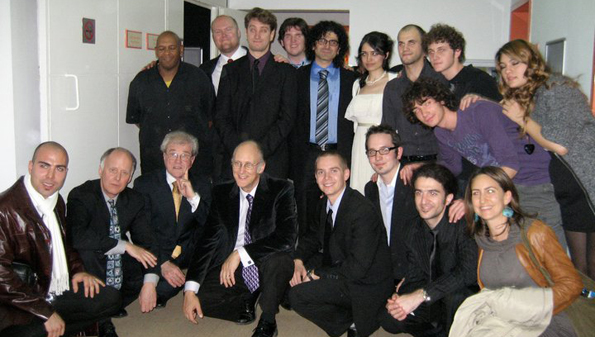 I specifically want to mention the titles of the workshops so that the reader can appreciate the level of instruction and the breadth of the topics. Bob HALLAHAN gave a talk on “Components and Structure of Melodic Jazz Style”; Howard CURTIS talked about “Drum as a Solo Instrument”; Tim COLLINS talked about his own experiences on “Ear-Training for Developing Creativity for Composers and Improvisers”; Doug RICHARDS talked about  “Jazz Arrangement” citing examples from Duke Ellington; Adam LARRABEE shared his know-how on “How to Get the Utmost Efficiency in Guitar Works”; Mike RICHMOND taught about “Techniques for Contrabass and Electric Bass” with emphasis on “Walking Bass Analysis and Solo Playing” and Skip GAILES talked about “Jazz Improvisation Techniques”.

The concert at the Hacettepe University M Hall on November 26 was the opening concert for the inauguration of the Jazz Degree Program at the Hacettepe University Ankara State Conservatory. The evening began with the opening remarks made by the director of the Conservatory, Professor Erol BELGİN and the head of the Jazz Program, Professor Erol ERDİNÇ. Following the speeches, the concert began with a jazz medley performed by the Hacettepe University Symphony Orchestra, conducted by Erol ERDİNÇ. The saxophone and clarinet solos of Atilla ŞENTİN, a member of the Presidential Symphony Orchestra, in the folk songs “Yemen” and “Çayeli” were received enthusiastically by the audience. Cemre YILMAZ, a vocal jazz student at the Jazz Program of the Conservatory, ended the first half of the concert with a lovely rendition of “I Wish You Love”. The second half featured the world premiere of “Ben Seni Sevdiğimi Variations”, the composition of Doug RICHARDS for symphony orchestra + jazz octet + “kanun”. The piece was performed by the Hacettepe University Symphony Orchestra under the baton of Doug RICHARDS with the participation of Bob HALLAHAN (piano), Tim COLLINS (vibes) Adam LARRABEE (guitar), Mike RICHMOND (bass), Skip GAILES (saxophone), Rex RICHARDSON (trumpet), Howard CURTIS (drums), Emre KARTARI (drums), Ahmet BARAN (kanun) and Ayça GÜNDÜZ (vocal). The beautiful fusion of Turkish folk music with jazz seemed to have an overwhelming impact on the listeners. The piece was a great success and the latest imprint of Doug RICHARDS on jazz realm. The interpretation of this perfect meeting of jazz and Turkish Folk music by the Orchestra, the jazz octet, and “kanun” was received enthusiastically by the Turkish audiences.

The guest musicians gave a splendid jazz concert on November 27 at Cer Modern Art Museum & Gallery Concert Hall. The concert was preceded by a seminar given by Doug RICHARDS on his rich of knowledge of the history of jazz. 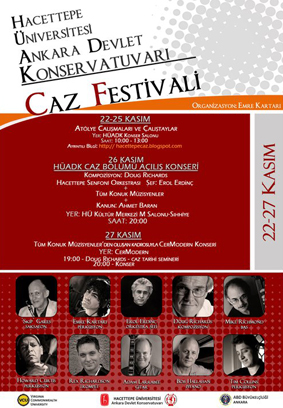 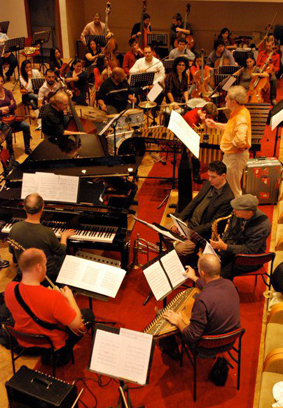 “Gone with the Wind…” This must be the best way to describe the Hacettepe Jazz Festival. Surely, it was not easy to make the necessary preparations for the wind of jazz to blow a whole week. Emre KARTARI who joined the music faculty of the Hacettepe University Ankara State Conservatory in January 2009 put an extraordinary amount of time and effort for a year to bring these superb musicians together and to make the festival possible. Doug RICHARDS, Howard CURTIS, Bob HALLAHAN and Skip GAILES were all teachers of Emre KARTARI during his student years at the Virginia Commonwealth University (VCU). I believe he witnessed the recognition of his hard work in the praising speech given by Doug RICHARDS at the end of the Hacettepe concert, through the long applauses, the appreciation and the admiration of the Conservatory students.

The festival could not have been possible without the financial support of VCU and the American Embassy in Ankara, especially the diligent and devoted efforts of the Embassy Cultural Specialist Gözde DOĞAN in all communications. Assistant Professor Bige Bediz Koçak, the Assistant Director of Hacettepe University Ankara State Conservatory, is acknowledged for her meticulous approach to organizing the workshop venues during the festival. The students of the Jazz Program were involved in every aspect of the festival, from stage preparation to serving as guides for the guest musicians, to translating the lectures during the workshops; their extraordinary commitment and efforts were exemplary. Throughout the week, jam sessions took place at various venues in Ankara; new friendships were formed and many joyful (and sometimes humorous) stage experiences were shared at these sessions between the Hacettepe Jazz Program students, the guest musicians and the visiting VCU students Lucas FRITZ (trumpet), Andrew Jay RANDAZZO (bass), and Benjamin HEEMSTRA (trumpet).

In short, Hacettepe University Ankara State Conservatory celebrated the opening of its new Jazz Degree Program with a memorable Jazz Festival, which came to be, through the extraordinary efforts of the distinguished drummer & percussionist, Emre KARTARI, a member of the Faculty.

Skip Gailes concluded his 10-week  teaching stint as a visiting professor at the newly formed Jazz Degree Program in the Music Department of Hacettepe State Conservatory in Ankara, in December 2010. 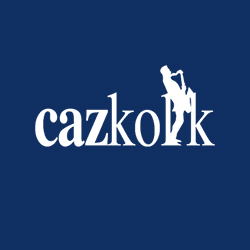 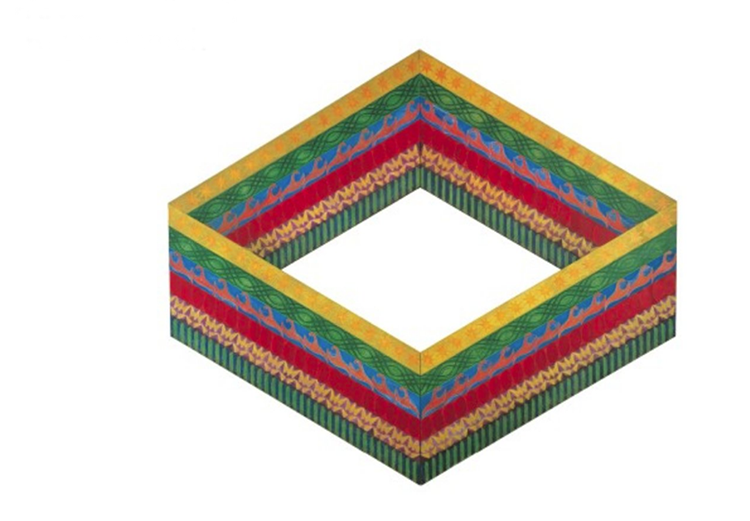